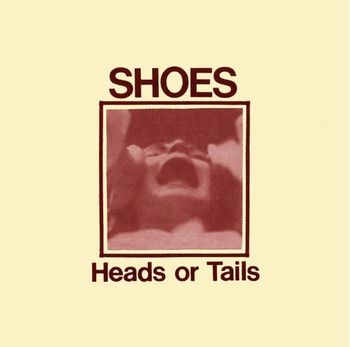 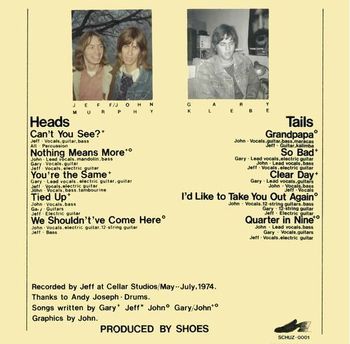 Heads or Tails was the very first "album" recorded by SHOES, way back in the summer of 1974.  The album was hand-cut in mono onto 10" acetate discs using an old Meisner record cutter and only four copies were made!  Due to the constraints of the acetate discs, each side was limited to only 10 minutes long, so the sequencing and song length had to be very closely planned.  "Nothing Means More" was the first Shoes song to ever get played on the radio.  The DJ was Todd Scott on WLIP-AM in Kenosha, WI.